BEST PLACES TO VISIT IN TURKEY 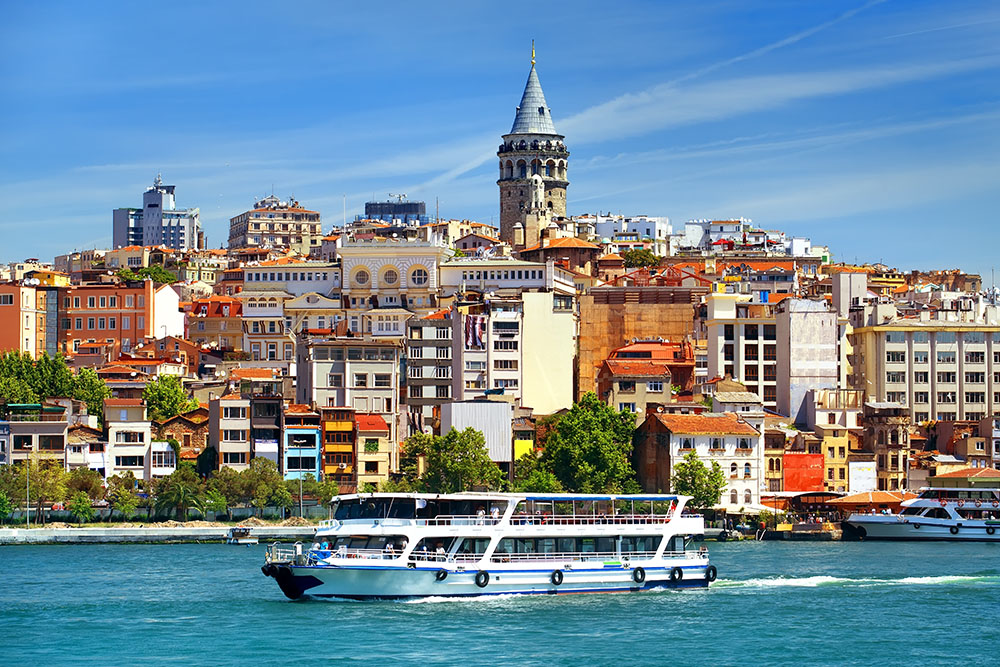 Once serving as the capital of the Ottoman and Byzantine Empires, Istanbul today is the largest city in Turkey and one of the largest in the world. The only city in the world that straddles two continents Asia and Europe, it is full of colors, verve, and contradiction: a silent clash of tradition and modern; reserve and cosmopolitan; and yes, where East does West. Istanbul is the modern version of Constantinople, everywhere you go, you’re likely to find archaeological remnants and history. This city is full of Historic Places. From the Basilica Cistern to the world wonder Hagia Sofia, Istanbul itself is flush with history lessons. 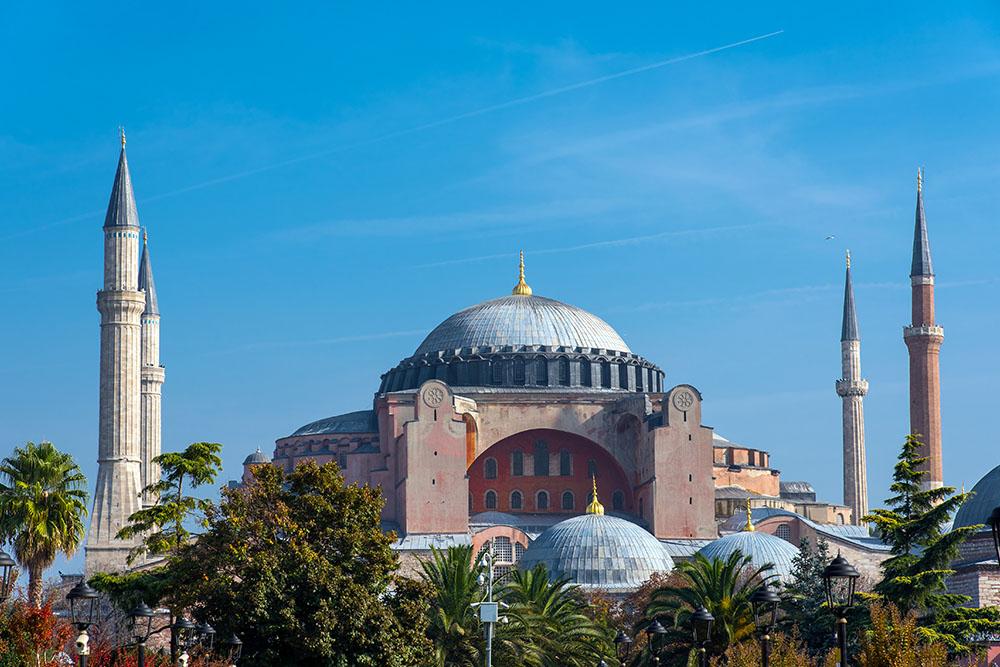 An old worship house that served many religions well over the centuries started out as a Geek Eastern Orthodox basilica. It was home to the Patriarch of Constantinople when it was built in 537. Then it remained a Roman Catholic Church for almost six decades in the 12th century. Later it became a mosque in 1453, remaining that way until 1931 when it was closed. In 1935, it was reopened as a Museum. There was a time when it was said to be the largest cathedral in the world. Famous Blue Mosque is inspired by its Byzantine architecture. The most interesting thing about Haghia Sofia is its floor, yes you read it right, its mosaics depicts several religious scenes. 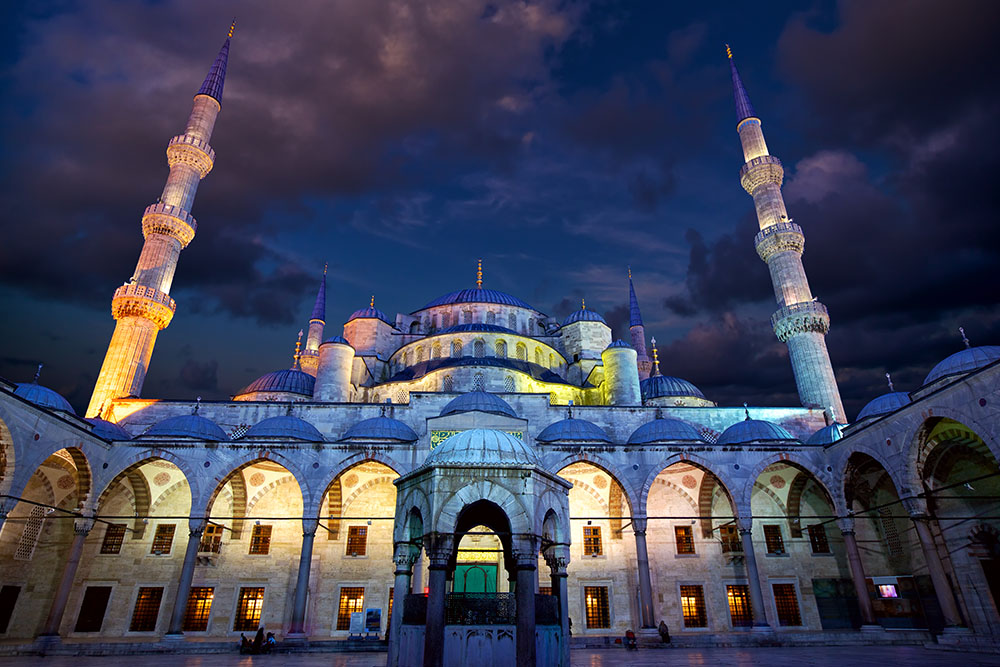 This beautiful Mosque is also called Sultanahmet Camii in Turkish. Camii stands for Mosque in Turkish. It was built by Sedefkar Mehmet Aga. It is located on the site of the Great Palace of Byzantium. Its interior is full of blue tiles, about more than 20,000 pieces. That’s why it as called Blue Mosque by Europeans. Being the only six minarets Mosque in turkey, it’s another reason for attraction for tourists.

You don’t get to go in the Mosque during prayer time. I, with my family, waited half an hour because it was mid-day prayer time. Best way to see the great architecture of the Blue Mosque is to approach it from the Hippodrome (West side of the mosque) As if you are a non-Muslim visitor; you also have to use the same direction to enter the Mosque.

The Topkapı Palace takes you into the fantastical, incredible world of the sultans. It was from here that the sultans of the Ottoman Era carved out an empire that would extend up into Europe and down through the Middle East.

Topkapi Palace is one of the famous tourist attractions. Rich in the history of Ottoman Empire, the Topkapi Palace is surrounded by five kilometers (3.1 miles) of a stone wall with 27 towers. There was a time when It was an official royal residence of the Ottoman Empire Sultans and seat of the Turkish government, and now it is a museum which is considered as one of the oldest places of the world. Its lavish interior with exuberant tiling and magnificent jewels shows the Ottoman’s power. The museum take cares the harem’s quarter, where the government worked at one time, Sultan’s old weapons, clocks, and jewels. Its architecture is amazing and being on the hill which overlooks the Sea of Marmara, the Bosphorus, and the Golden Horn makes it surreal sight.

When you travel with your family and especially with your Shopaholic wife, a market is a must-go place. Just as other good husbands, I had to take my wife shopping to the famous Grand Bazaar of Istanbul. The Grand Bazaar is just as its called, GRAND! It’s a huge labyrinth of almost 5,000 colorful shops, making it one of the largest indoor marketplaces in the world. In this Bazaar, you’ll get every big to a small thing you need at a reasonable price. Be it jewelry, antiques, spices, home interior stuff or hand-painted ceramic, you’ll get what you want along with tasty traditional street foods of turkey, we tried the traditional kebabs, and yes they were low spiced. This market is very active and overly crowded. It was so hard to walk through the long, crowded streets with kids.

This indoor bazaar is home to two Mosques, two Hamaams or steam baths, four fountains and the Cevahir Bedesten– an old market, where you’ll find the most valuable and rarest items like old coins, traditional jewelry with precious gems and antique furniture. 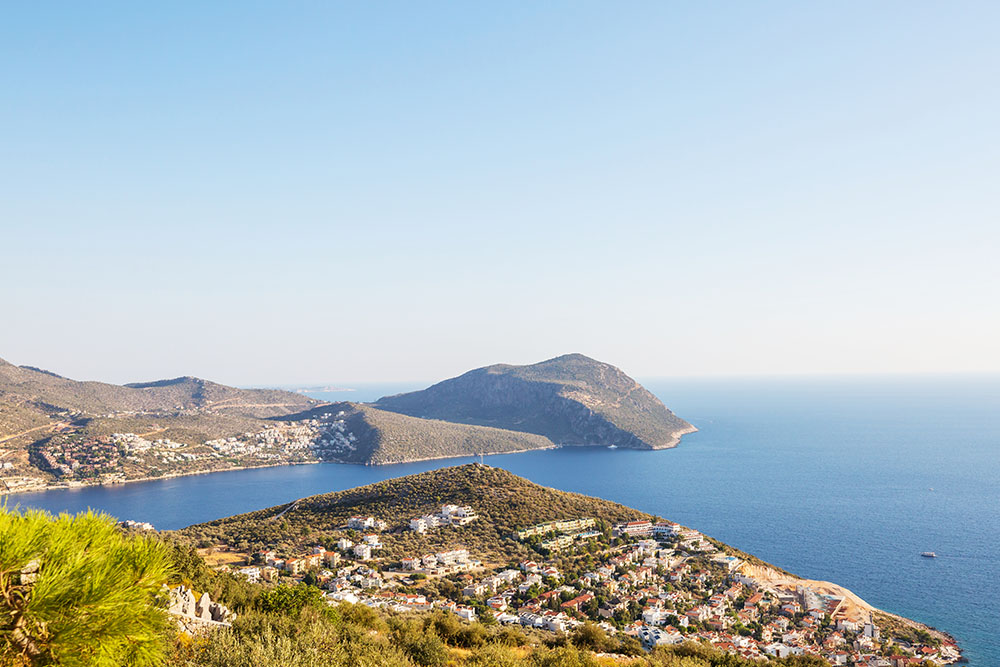 Antalya is another large and vibrant city with numerous hotels, restaurants, resorts, and bars. It’s the paradise on earth, the pearl city of the Mediterranean, and the Turkish Riviera, considered as the fourth most visited city in the world. Is this beautiful city you get to see breathtaking beaches and green mountains with ancients sites spread over it. From swimming and sailing to mountain climbing, sightseeing and family fun, Antalya offers something for everyone.

A walk around Kaleiçi, the Old Quarter, offers a step back into the city’s ancient past with views of the old city walls, Roman gates, maze-like streets and historic structures that include the Clock Tower.

Aspendos is one of the best preserved ancient theatres of antiquity. It was built in 155 AD, during the rule of the Roman Emperor Marcus Aurelius. The theatre could accommodate between 15,000 and 20,000 spectators. Aspendos is considered as the most excellent surviving example of a classical age theater still standing in the world, without losing almost any of its original beauty; it is one of antiquity’s star attractions. It’s just south of Antalya. There are more ruins to explore over a vast hilly area if you have time. 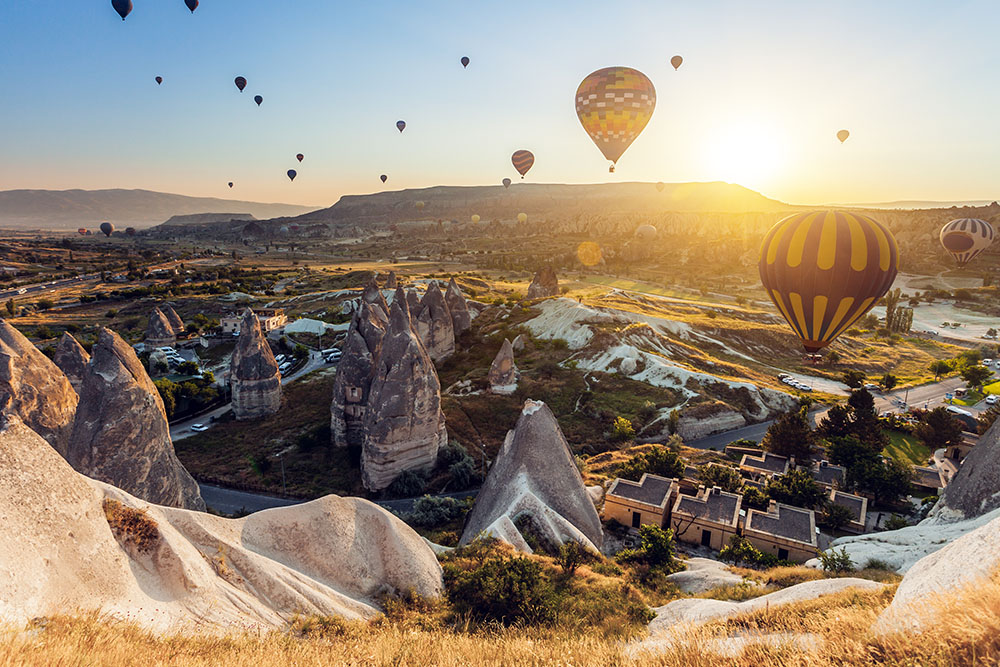 Here comes my Favorite place – Cappadocia. Situated in Central Antalya, Cappadocia is best known for its fairytale landscape of unusual formations resembling chimneys, cones, and pinnacles. Natural processes such as ancient volcanic eruptions and erosion have all sculpted these odd formations.

It is packed with thousands of rock churches caves and living spaces left by early Christians; a mass network of underground cities also appears on most travel tours. Today, some of the caves in the region are actually hotels to cater tourists. It feels weird to stay in these hotels, but they are not too expensive to give it a try.

For the view, If you don’t feel like hiking, Cappadocia is one of the world’s top destinations to take a hot air balloon ride – it’s expensive though. An early morning sunrise hot air balloon trip is the way to enjoy the beauty of this place and the proper way to see it over. And If it isn’t enough to tempt you, nestled in these valleys are the frescoed rock-cut churches of the Byzantine Era, when this area was an important early Christian site.

CHEAP EUROPEAN DESTINATIONS YOU MUST VISIT

VISITING JAMAICA FOR THE FIRST TIME